Come mothers and fathers
Throughout the land
And don’t criticize
What you can’t understand
Your sons and your daughters
Are beyond your command
Your old road is
Rapidly agin’
Please get out of the new one
If you can’t lend your hand
For the times they are a-changin’.
-Bob Dylan, 1964Sometimes you need to leave your native land to really get a sense of how the world is changing—including in your native land.

At a social gathering in northwest British Columbia—in a frontier town of 11,000 some 900 driving miles north of Seattle—I was greeted with a cross section of our ethnically diverse world: in a group of 13 adults, three were from Africa, four from Asia, one from New York, and the remaining five from various Canadian provinces.

As I traveled throughout British Columbia, this diversity was noted wherever I went. In small towns and larger cities along the route from Vancouver to Prince George and on to the coast in Kitimat, I encountered Canadians from the Middle East, the Far East, India, Africa, Europe, and the Americas, as well as, of course, First Nation peoples from throughout Canada. A street scene in Vancouver—the third largest metropolitan area in Canada—is a smorgasbord of ethnicities where the Far East rules and where Buddhist and Sikh temples appear to be as common as the more familiar Western places of worship.

This local diversification—an interesting example of the micro more and more imitating the macro—is a recent phenomenon in the story of humankind, no older than a generation or two ago. And with greater diversity on the micro level comes the natural blending of the races through intermarriage, something that no longer surprises us, as it would have within the recent memory of most of us alive today. How far we’ve come from just a few generations back where laws forbidding interracial marriages were common in many parts of the US, not to be struck down by the Supreme Court until 1967!

As I observed all this, my thoughts turned to eastern Africa, where the hominids evolved from that elusive common ancestor and, over many generations, spread throughout the world, adapting to the various geographies and climates and morphing into the different racial groupings of homo sapiens—racial groupings that may now be disappearing. Are we today standing at a juncture in our evolutionary history where our allotted run of ethnic separation changes course? Is the natural intermixing that follows micro-level diversity leading us back to that African Eden? Could it be that we are witnessing the first stirrings of an evolutionary movement back toward the oneness that existed at the dawn of humanity? 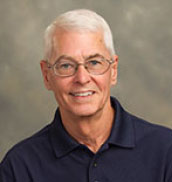